One of the deepest realities of Advent is an awareness of our need. Part of the waiting, part of the anticipation, we sit with our need and become more aware of the longing within us. We make the space to contemplate and to listen, to be still and recognize our need.

When we rush to Christmas morning, we miss the longing. We rush right up to the birth and think of how cute Baby Jesus is with the cows and camels nudging him softly. We ooh and ahh at the nativity scene. He is familiar and good and sweet. 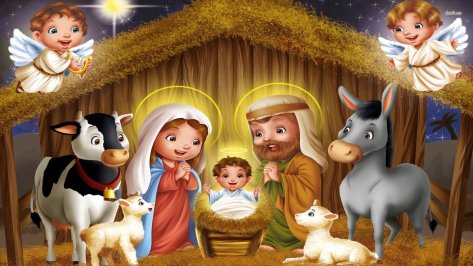 We miss the longing, we miss the absolutely stunning wonder, that God has come in our midst.

The Jews had waited. The years between Malachi and the coming of Jesus were filled with warfare and kings, from Alexander the Great to Ptolemy to Antipater and Pompey. Ultimately Antipater’s son Herod the Great sits in rule over Judea. The people had been tossed and turned between violent men. Their identity had been questionable as some of them assimilated more with Greek culture or tried to legalistically hold on to what made them distinctively Jewish.

They had to be a weary people.  I have read that Jerusalem has been battled over, conquered, destroyed and captured 27 times. The area of Palestine has been fought over countless times. The people were weary. They needed hope.

In the midst of this, think of the whisper of hope, fulfilling prophecies they had to think were crazy.

14 Therefore the Lord himself will give you a sign: The virgin will conceive and give birth to a son, and will call him Immanuel.  Isaiah 7:14

Mary. Visited by Gabriel. Bringing forth the Son of God. In the midst of such a weary time, how must that have sounded to her. Not another king coming in battle, but something so completely different. A rescue so contradictory to everything.

Have we lost sight of that a little, in the rush of the holidays? In the rush of life. Have we lost the awareness of a deep longing within us for things to be set right? Have we looked at the babe in a manger with oohs and ahhs rather than stunned amazement at the plan of God?

We’re only six days in to Advent. There is plenty of time to listen, to wait and to hope. Settle yourselves and allow the need to be present so we can rejoice in the hope that God has ‘come to us here, who would not find you there’. Malcolm Guite helps with this, and you can click on the title to hear him read.

Unsayable, you chose to speak one tongue,

Unseeable, you gave yourself away,

Grew by a wayside in the light of day.

O you who dared to be a tribal God,

To own a language, people and a place,

Who chose to be exploited and betrayed,

If so you might be met with face to face,

Come to us here, who would not find you there,

Who chose to know the skin and not the pith,

Who heard no more than thunder in the air,

Who marked the mere events and not the myth.

Touch the bare branches of our unbelief

One thought on “We Only Hope When We Are Needy”