This boy…this one who does everything with ease and with this quiet sense of confidence…this boy is 8 today.

He is named after his Great-Great-Grandpa Howard Beacham who was quite a character. A lawman in the prohibition days of Alamogordo, New Mexico who even captured Machine Gun Kelly at one point. He was a lawman, a baker, and an all around character…and Sam seems to have inherited some of that personality.

He has come into his own, the youngest of three boys.

He is not overshadowed by the strong personalities of Nate and Zach, and yet he does not seem to need the spotlight.

He has inherited his Grandfather’s love of animals, and they seem to know immediately that he is “safe. 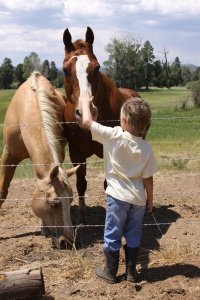 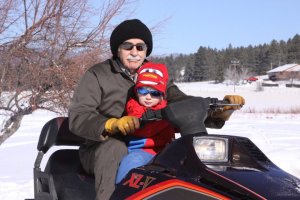 Happiest outdoors: snowmobiling, climbing trees, jumping on the trampoline, or stopping goals on the soccer field.

The only one of the children to break a bone yet, it barely slowed him down; he realized he could be a pretty good street hockey goalie with a cast! 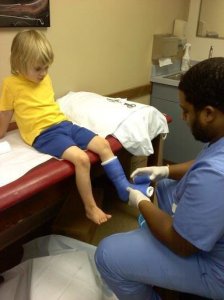 He has moved into the role of “Big Brother” with ease these last few years. 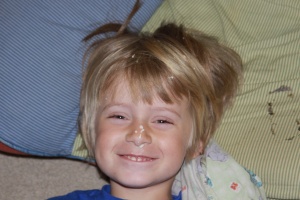 I cannot believe my “little” boy is 8. The quiet one, who is becoming louder as he finds his voice and his confidence. Tenderhearted, courageous and smart.  Happy Birthday, Samuel Howard…I cannot wait to see what the next year holds!!!